Rated Saijo saku  Nihon Toko Jiten - Shinto Hen,  Valued at 18,000,000 yen in Toko Taikan,  ratings higher than some of the early Soshu smiths he was emulating.  He is given 25 pages in Shinto Taikan,  a double square in Nihonto Meikan, top of three rating systems in Nihonto Zuikan.  As of 1999 there were 38 Shinkai  juyo rated swords.

Known as The Masamune of Osaka, he was the second son of Izumi no Kami Kunisada, and signed his father's name for the first part of his career.  In 1661, at the age of 30 and still signing, Izumi no Kami Fujiwara Kunisada, Shinkai presented a sword to the imperial court and received the right to engrave the kiku mon  on the nakago of his blades.  In 1672 he became a lay priest, and took up the name Inoue Shinkai .  He reached the height of his skill. emulating the works of Go Yoshihiro.   As such, the works of the Empo period (1673-1680) are considered to be the best works made under the full maturation of his style and technique, so they are the most impressive and important .

The career of Shinkai spans from 1649 to 1672 where he signed with the name Kunisada, and from 1672 to 1682 where he signed Inoue Shinkai. Though the last part of his career is only 30% of his work span, 53% of the Juyo Token come from this period

The nakago has been compromised by weathering, and needs some TLC.  However, it will never be like new, so it can never be considered for juyo.  So if you are interested in a fine art sword, and not the autograph, this is around half the retail price. 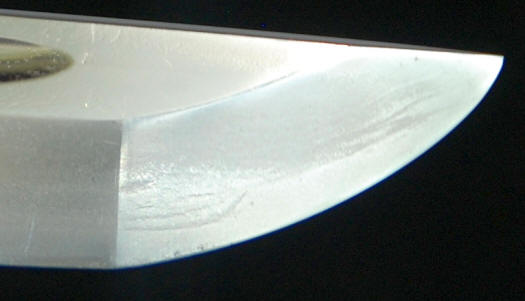 I WILL FILL IN THE REST OF THE SAYAGAKI AS I AM ABLE, BUT I WANTED TO GET THIS LISTED 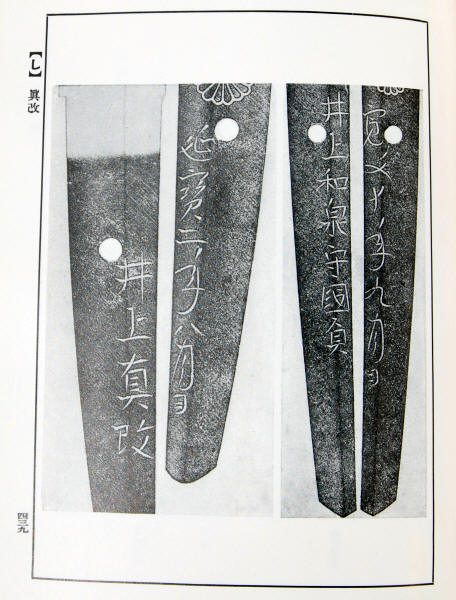 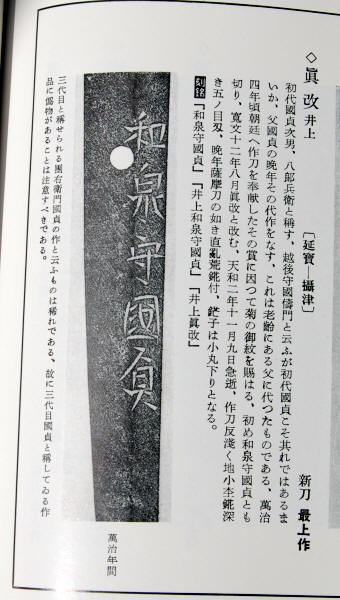 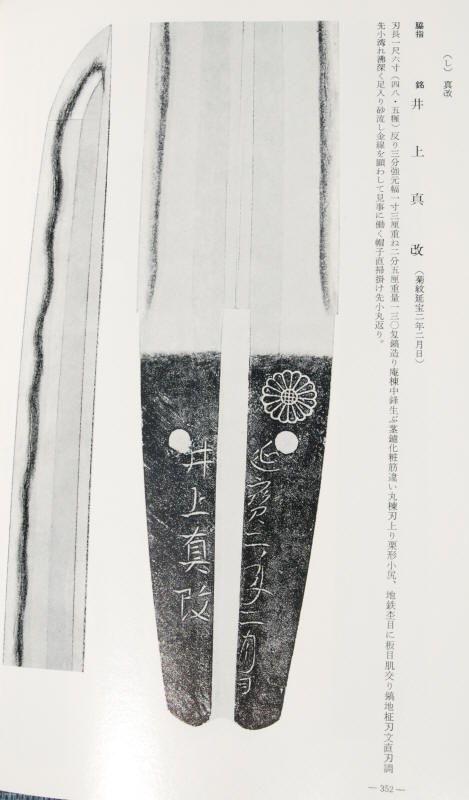 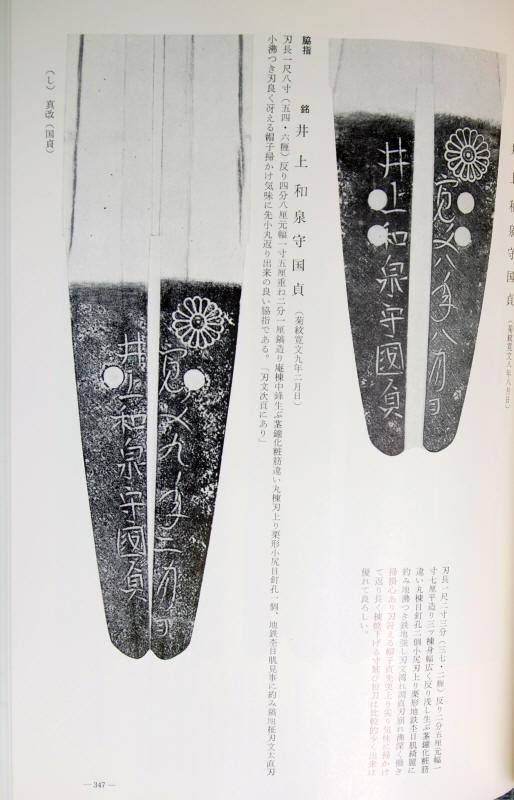 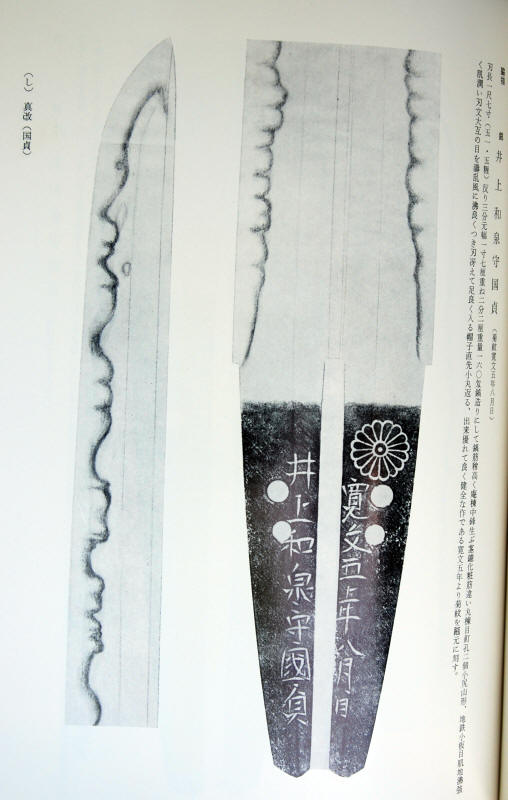 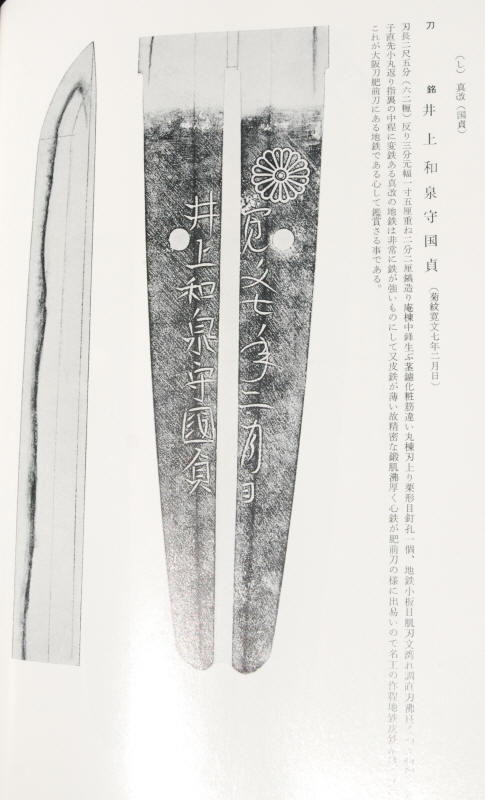 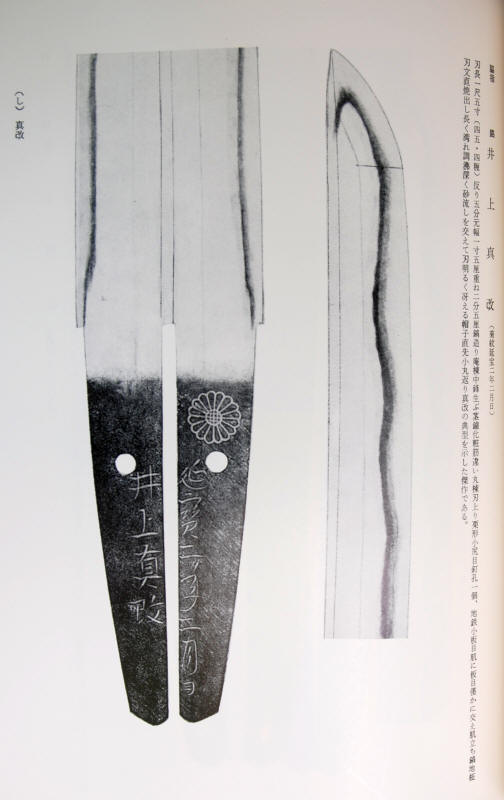 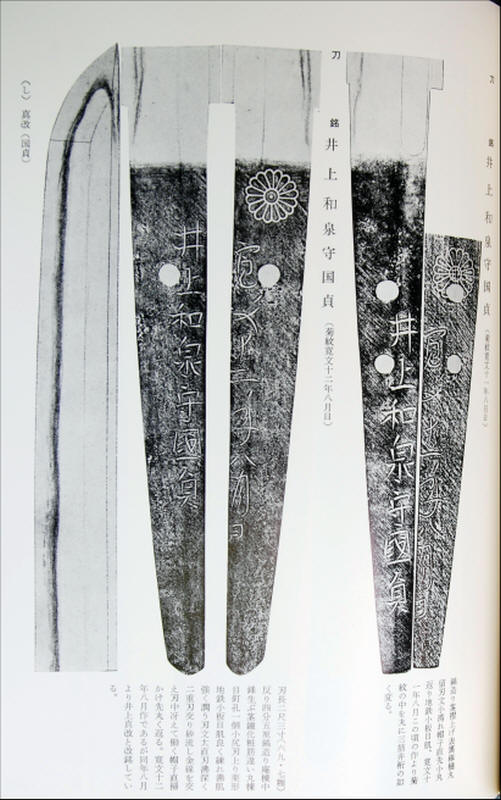 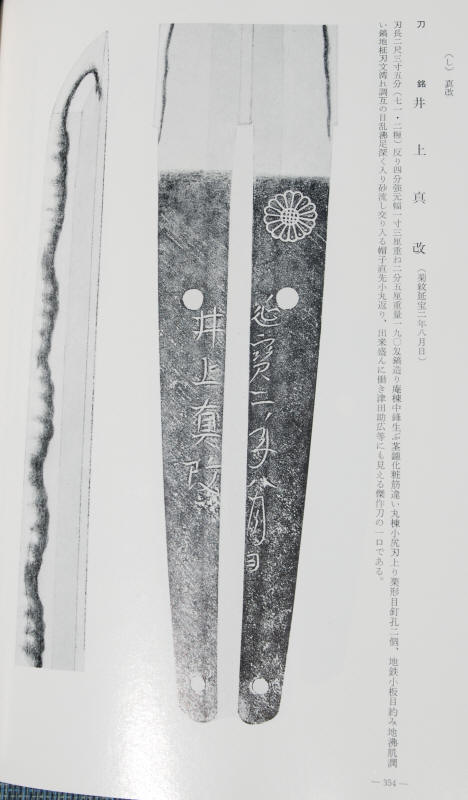 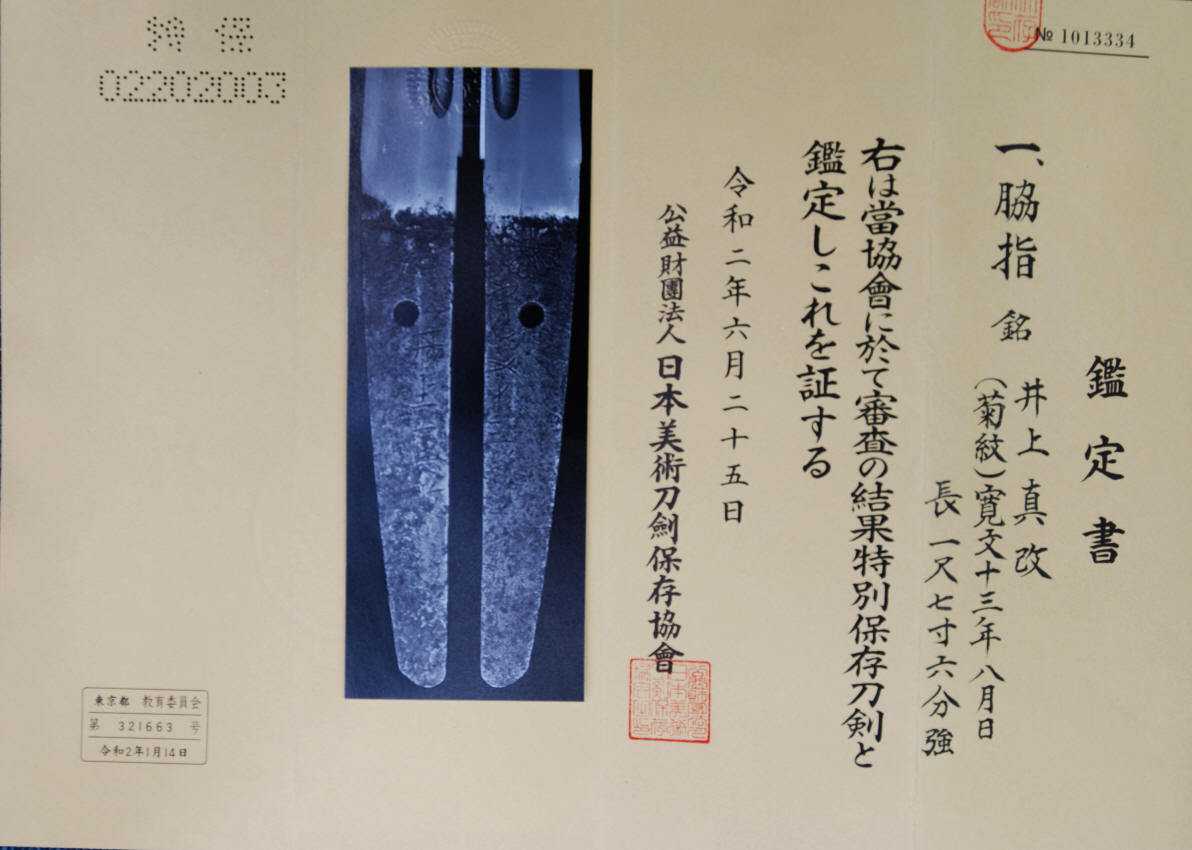