Brown tsukaito, soft metal Mino fuchi-kashira of flowers and vegetation, a theme mirrored in the menuki.  The tsuba is an early yashiro inlay on iron.  The black enameled saya has a couple of silver colored support rings, and a silver kojiri.  The saya needs to be lacquered or replaced.

Doshu Kunimasa worked in Tosa during Enpo (1673 - 1681) according to Fujishiro, who rates him Chusaku.  He was the adopted son of Tosa Yoshikuni.  He was in the second generation Tamba Yoshimichi mon.  TokoTaikan, rates the first generation at 2,800,000 yen, and dates him working in Manji (1658 -1661).   Tokuno then gives a brief description of all seven generation in a single paragraph. 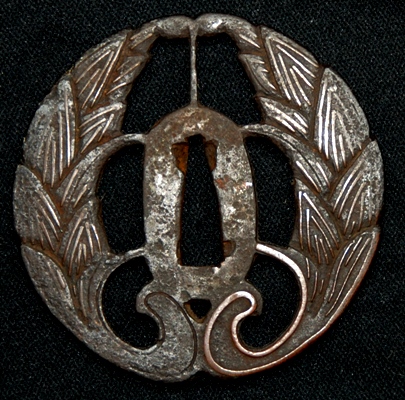 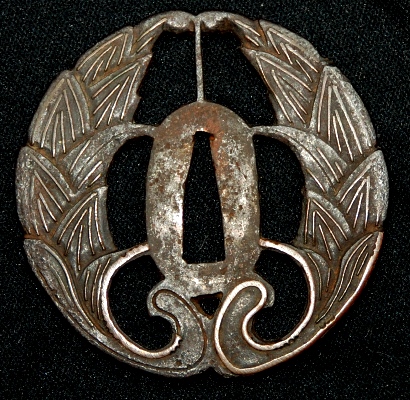 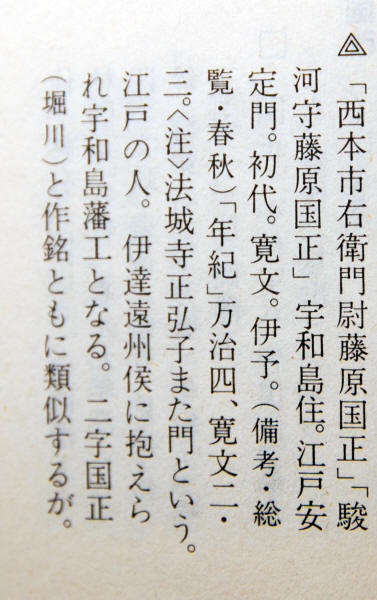 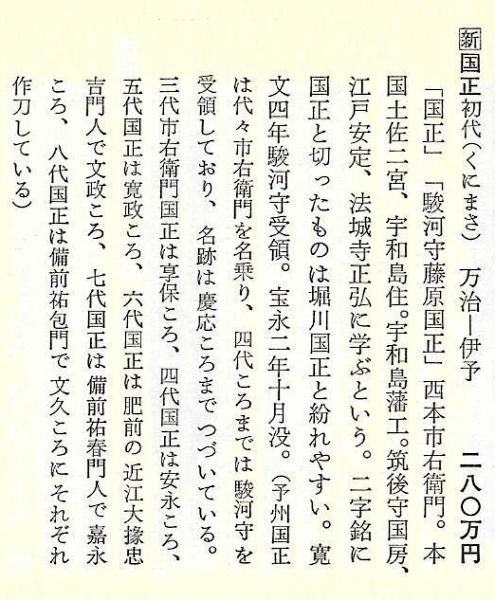