Correction:  What I had thought were small ware  are martinsite, that show black at on angle and silver at another.

The tsuka has excellent bright white same with large nodules.  The fuchi is shakudo with fine, even, nanako.  The kashira is horn.  While it is impossible to properly evaluate the menuki under the wrap, they appear to be solid gold chrysanthemums. The small moku hamadashi tsuba is gilt shinchu.  The  one piece habaki appears to be solid gold. The black lacquer saya has a pocket for a missing kozuka, and a kaerizuno.

Unfortunately, the NBTHK doesn't share much information, other than genuine.  The workmanship and the signatures of the first and second generations are very similar, and the condition of the nakago makes a definitive call difficult.  However, the angle of the top stroke of the hito radical in Bi(shu) fits with the shodai, as well aas the superior horimono argues for the first generation.   Where the nakago ubu, and signature clearer, I think this would be a candidate for juyo.  $15,500

Correction:  Not ware.  These are martinsite, that show black at on angle and silver at another. 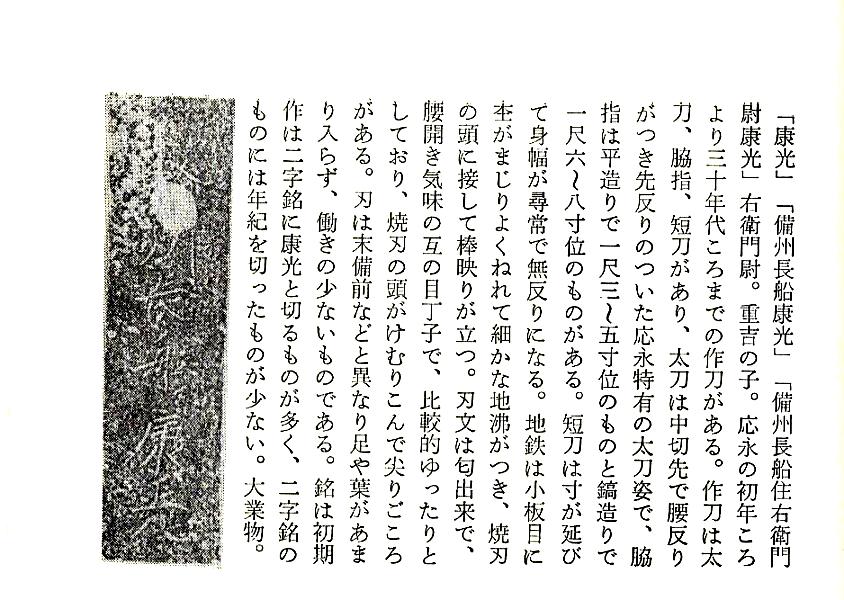